I had two criteria to determine whether or not to retire my dog: willingness and ability.  This dog will always be willing to work for me. Ability, as in still able to run, jump, and climb without issues, I figured would be the deciding factor.

I retired her anyway.

A few issues arose when some jerk ran into my truck in a parking lot, despite the truck being big, red, and parked far away from the store.  These behavioral issues in the car were major factors in my decision to retire Scout, although once out of the car, she was fine - willing and able to play. 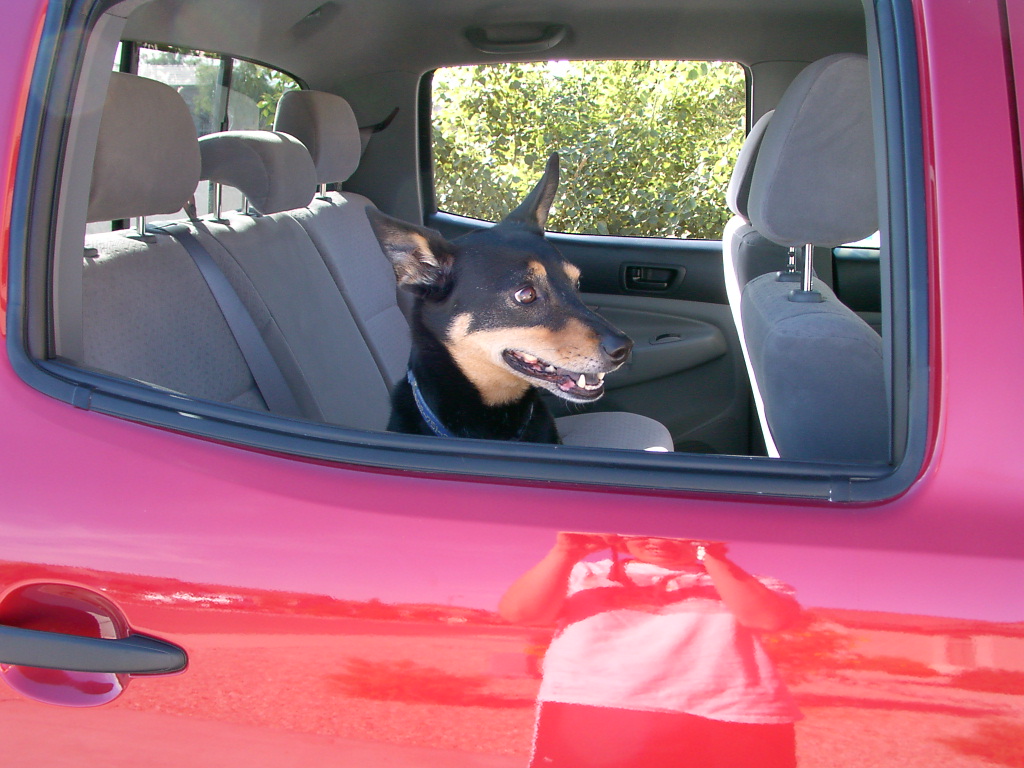 I retired her even thought a few titles were still achievable.

I retired Scout at age 12.5 60 Qs short of LAA-Platinum.  It was doable.  I trialed at least twice a month.  I entered her in two things a day.  She had a high Q rate in those two things (Snooker and Jumpers).

"That Guy" is the one EVERYONE at the trial talks about, but not to his/her face.  "That Guy" is so obsessed with titles, "That Guy" doesn't see the pain his/her dog is in.  "That Guy" has a dog that is old, trots through the course, and barely makes Veteran's course time.  "That Guy" believes his/her dog still wants to play agility, despite the dog clearly displaying otherwise.  "That Guy" could let the dog be a "One-Jump Champion" or a "Backyard Champion", but insists upon torturing the poor dog by entering the dog in each Veteran's class, and acting surprised when the dog shows no enthusiasm.  "That Guy" is one step away from attaching the leash to the dog and dragging a half-dead dog over obstacles.

Retire your dog with style and class.  I threw a party at a local trial.  I made a tearful announcement.  It was difficult.  However, I consider myself lucky that I got to make the decision and not some other event - death, severe injury, etc.  And, I know people weren't talking about me behind my back for being "That Guy". 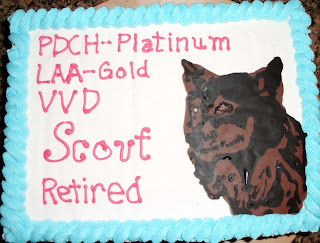 I brought Scout out of retirement for one run.  I did this to enter a contest for rescue dogs.  That's when I realized, at 13+ years, she's completely deaf.  She ran amok in Snooker.  I didn't care.  She had fun.  I enjoyed running her again.

Scout is still retired.  Oh, and she won the random draw contest. 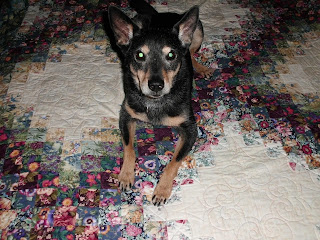 Scout poses with her prize.

This entry is part of the Dog Agility Blog Action Day topic on Aging.  For more articles, visit http://dogagilityblogevents.wordpress.com/aging/

Posted by AgilityEngineer at 6:27 AM 8 comments